In this day and age, there is hardly a single person who does not own an Android smartphone. The portability and utility of Android smartphones, tablets, etc., make them a popular choice among people of all ages. From communicating with people around the world to playing games and even watching movies, you have the right device that fits your pocket and doesn’t burn it. However, there is still a wide gap between the quality and efficiency offered by a Windows or Mac as compared to that of Androids.

Do you worry about your phone getting discharged when used for long hours? Or perhaps the small screen and inadequate performance of your smartphone are not giving you the quality experience you want? This is where Android Emulator swoops in. Read this guide on best android emulators for Windows PCs and Mac and you would know everything.

Android Virtual Device (AVD) or Android Emulator is used to bridge the gap between the strong resources of your computer and the utility of your Android device. Be it Windows PC or a Mac, you can rely on emulators to get a good workaround without owning a high-end Android device. With the right Android Emulator, you can have a user-friendly, more robust, and smooth experience of Android with your PC or Mac. Do not know which emulator to choose? Keep reading to find out.

List of 12 Best Android Emulators For Windows PCs And Mac

Beginning with one of the most reliable Android emulators that have been on market since forever. BlueStacks emulator came into the market to push the mobile gaming boundaries and allows users to run high definition games and Android apps on the system. It offers a wide range of experience-enhancing options and also saves phone battery. You can easily install it without worrying about running out of RAM. The user-friendly interface and customizable controls ensure efficient usage. It definitely deserves to be on the list of best Android emulators for Windows PCs and Mac.

Price: It is open-source. For premium version, it costs $24 per month.

Popularity: Currently it has 500+ million gamers community and its popularity is continually growing.

For advanced performance, what would be a more reliable option than the official IDE of Google’s Android OS? Android Studio comes with flexible features and impressive performance. You can enjoy the mobile applications on your system with a bigger view, more freedom and run them at a faster pace. Its graphical user interface is also commendable and so is the functioning of multiple applications with it.

If you want to be equipped with the latest Android upgrades and break down barriers between Android and desktop computing, Andy is for you. This emulator offers great storage capacity and freedom to play Android games on a PC with ease. With Andy, you can use your phone as a joystick and enhance your gaming experience with the gyro element. From communication mobile applications to entertainment, this emulator keeps you covered. You can get push notifications, multi-touch support, seamless sync, and great compatibility with it.

One of the fastest emulators for playing Android games on your desktop is the MEmu Android emulator. MEmu is a renowned emulator that provides extreme user experience and great performance. The installation process is very user-friendly and easy with the fast APK installation. You can play many games on just one account simultaneously with MEmu. It offers optimized graphics and supports a mouse, keyboard, and gamepad for a wholesome gaming experience.

Genymotion is not a casual android emulator but an Android emulator specifically targeted at developers. It is designed to allow application developers to test applications in a secure virtual environment. It comes with a plethora of custom features to meet the needs of the job. It has developer-friendly features like the capability of emulating 3000+ virtual Android device configurations, strong sensors, multi-touch, GPS, etc.

It is a very flexible Android Emulator that can even work on your Google Chrome Browser. The point of difference between ARChon Emulator from the others is that it can also work on chrome books. ARChon handles Android gaming on the desktop very effectively. Along with gaming, other mobile applications can also be executed using this robust emulator with the help of Chrome extension. Multiple applications are also supported through a single browser simultaneously. The best part is that it is highly secure and has Google’s reliability, which gets Archon Emulator a spot in this list of best android emulators for Windows PCs and Mac.

It is one of the most famous Android emulators that is safe as well as free to use. For the smoother experience of gaming and applications which is fully optimized and stable, Nox Player can be your wise choice. It supports a keyboard, gamepad, and script recording among other features. With multiple functions at a time, you can even enjoy more games at one time. It is a highly recommended emulator by users, especially gamers, all around the world.

Ko Player is one of the best emulators for enjoying Android features on your desktop. It allows users to have a quality experience with a smooth and lag-free performance. The USP of this emulator is that even if you do not have an Android device, by just installing this emulator, you can use any app listed on the Google play store on your desktop. It also has a built-in video recording feature that can allow capturing gameplay and other similar functions. The toolbar in this emulator offers quick access to crucial features like resolution, volume adjustment, screen capturing, etc.

AMIDuOSis your best shot to have an immersive Android experience on your PC taking just 3 GB of space on the system. It is an American Android Emulator that offers seamless integration between Android devices and PC. From Play Store to Google plus or Gmail, the setup is impressible fast. Its high performance and compatibility with all new versions of Windows make it one of the best choices. With its full-screen regime, it offers users a wonderful experience of gaming on a system that cannot be differentiated from that of an Android device. Smooth file sharing is also possible between the phone and computer.

For a hassle-free Android experience on your system, you can go for Bliss. Unlike other emulators, Bliss is an Android itself that can be installed on computers as a separate Android OS. It offers great security features and many options to the users. The main focus of Bliss is on the design that brings many themes and customizations to you. It also has some great power-saving options that cut down on battery consumption.

With the regular updates, a smooth experience is a given with the Bliss. It also has Vulkan support, an option in its advanced menu that supports the sleep mode partially. This simply means that the CPU remains active in such a state but the activity goes down to null.

LDPlayer is a small and lightweight Android emulator that is designed for gaming performance in particular. It runs on Android Nougat 7.1 and has the typical assortment of gamer-oriented features, such as robust keyboard mapping controls, multi-instance, macros, a high frame rate, and graphics support, among other things.

It is compatible with a wide range of games, including Epic Seven, Clash of Clans, Arknights, and many more. This is one of the few emulators on the list that receives regular updates in order to enhance compatibility with newer games. LDPlayer’s recent releases have improved the smoothness of Free Fire and Mobile Legends, as well as removed the device limitation from Moonlight Sculptor.

Apart from that, LDPlayer is a well-rounded emulator that can be used to run TikTok, Instagram, and other popular applications. It pulls some of the design elements from Bluestacks, which isn’t always a negative thing. It’s a decent all-arounder that should be able to meet the demands of most people.

MEmu is another good Android emulator that seems to be particularly popular among gamers. One of its most notable qualities is that it is compatible with both AMD and Intel chipsets. The majority of the work is done on AMD CPUs, but it’s wonderful to see that developers are paying particular attention to AMD’s platform. The most recent version of MEmu runs Android 7.1, which is a significant improvement over the previous version, which ran Android 4.3 Jelly Bean.

You may even run many instances of the same game at the same time to test different features. It is geared at gamers in the same way as Bluestacks and similar emulators are, but it may also be used as a productivity tool. The premium edition, which costs $2.99 a month, removes advertisements, provides more customization choices and provides access to premium support. Updates to the emulator are released on a fairly regular basis.

These were some of the best Android Emulators you can get your hands on for emulating Android to your Windows PC or Mac efficiently. You can use these emulators to run software or applications that work on your Android mobile phone on your PC. That can include video games, content streaming platforms and even more.

Most of these are either free or provide value for money. However, before installing an emulator, it is advisable to go through the system requirements as performance and efficiency are based on the specifications of your system. If facing any lag or bugs, you can always switch to any other emulator and see which one suits your needs and system specs the best. 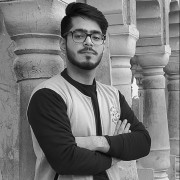 13 Best Fixes to Deal With a Voicemail Unavailable iPhone