With around 350 million daily active users, Snapchat is one of the most loved photo and video sharing apps. Apart from boasting a ton of super cool lenses and filters, the app also comes with a massive library of GIFs to let you share funky animated images with your friends and loved ones. Whether you wish to light up conversations with bone-tickling GIFs or set the deck for endless bantering with tongue-in-cheek interaction, you can use an animated image to let you express your feelings. If you are not sure how to send GIFs on Snapchat on iPhone, let me walk you through the quick steps!

Why Won’t GIFs Work on Snapchat?

Snapchat’s GIF library is slightly under the wraps. That’s probably the reason why many folks often wonder why GIFs won’t work on this social networking app. Moreover, Snapchat lacks an integrated GIF collection for messages. Considering the fact that the animated images have become an integral part of fun-filled messaging, the absence of a native library of GIF is baffling – to say the least.

But there is no need to worry about this notable omission as there is a reliable hack through which you can add a GIF collection to Snapchat messages on your iPhone. Follow along to unlock this handy tip so that your messaging will no longer be boring.

Sending GIFs in Snapchat is pretty simple, only if you know where is the built-in GIF library.

1. To get started, launch Snapchat on your device and tap on the Camera icon to take a snap.

2. Once you have taken the snap, you should see multiple options in a row on the right-hand side of the screen. Tap on the sticker icon.

3. Now, tap on the GIF to access the gigantic library of GIFs. Next, you should see some of the trending GIFs. If you want to pick a different animated image, hit the search bar and type in the sort of GIF you are looking for. The app will instantly show up your searched GIF which you can select by tapping it.

4. When the GIF is added to your photo or video, you can drag it to the desired place. Besides, you can also fine-tune the size of the animated image.

5. Now, you can share the snap in your story or choose to share it with your friends. Moreover, you can even save it, depending on your needs.

There you go! So, that’s how you can add GIFs to your Snapchat snaps on iOS. It’s as straightforward as it can ever get, isn’t it? Just in case you wish your snap to send the social networking app to a blitzkrieg and receive a ton of hearts, it would be apt to make a public profile on Snapchat. Not to mention, there is also a neat way to view your Snapchat stories online.

Now, how about sending GIFs in Snapchat messages on your iPhone? If you like using the integrated messaging feature of the photo and video sharing app, chances are pretty high that you would want to have an ever-growing collection of animated images at your disposal.

To unlock this possibility, we are going to use a third-party app called “GIPHY”. Due mainly to a huge collection of GIFs, it’s considered to be the GIF search engine. Moreover, the app supports both iPhone and iPad running iOS 13 or later. As it’s available for free, unlocking a plethora of GIFs won’t require you to shell out any bucks.

1. To get going, make sure you have already downloaded the GIPHY app on your iPhone. Then, head over to the Settings app on your iOS device and tap on General.

2. Tap on Keyboard and then hit the “Add New Keyboard” option.

3. In the “Third Party Keyboards” section you should see GIPHY, tap on it to add it. Once you have added the app, it will appear in the list of active keyboards.

4. Tap on the GIF keyboard. Then, turn on the toggle next to “Allow Full Access” and hit “Allow” to confirm.

There you go! You have successfully added the GIPHY to your existing list of keyboards on your iOS device.

Send GIFs in Snapchat Messages on your iPhone

Once you have added GIPHY to Snapchat, you can easily access it inside any conversation thread and explore the GIF search engine to find fun-loving animated images to send. Yeah, you got that right! That’s how you can get GIFs on Snapchat to spice up your messaging.

1. Launch Snapchat on your iPhone and open the conversation thread where you want to send GIFs.

3. Next, select GIPHY in the menu. Then, use the search bar to find the desired GIFs.

4. Tap on the GIF to copy and then paste it into the text field. After that, hit “Send” and you are good to go!

Tips to Use GIFs in Snapchat Like a Pro

That’s pretty much done! So, that’s how you can send GIFs in Snapchat on your iOS device. While it would be better had the social networking app added a native library of GIFs to the messaging feature, there are several third-party apps that can fill up the void with ease. Now that you know how these tips work, make the most of them amp up your snapping experience. If Snapchat ever crashes or doesn’t seem to work as expected, we’ve also got the tips to fix the Snapchat crashing issue. Don’t hesitate to check them out in the event you need them. We would appreciate your feedback as well as your thoughts on what features you would like to see added. 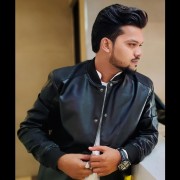 Rajesh is a full-time tech nerd with a huge penchant for discovering nifty hacks, rounding up time-saving tips, and troubleshooting annoyances. He has worked for several noted websites including Indian Express and iPhoneHacks. Despite being deeply locked inside Apple's walled garden, he loves tinkering with Android and Windows devices. When he is not dealing with the physical keyboard, you may find him scrolling through Reels/Shorts or engrossed in a deathmatch to be the last one standing.

How to Reset Apple AirPods or AirPods Pro

How to Unlock A Permanently Locked Snapchat Account in 2022

You Can Add Bluetooth Support to Your HomePod Using an Old iPhone: Here’s How