Back in November 2020, popular messaging service WhatsApp launched “Disappearing Messages,” a much-awaited feature, for both Android and iOS users. This feature when turned on allows the service to automatically delete new messages sent to a chat after seven days. But now, the Facebook-owned company is testing and developing a Disappearing Messages feature with a 24-hour option for personal and group chats. This will allow the app to automatically delete messages after 24 hours.

According to a report from WABetaInfo, WhatsApp is working on the 24-hour disappearing messages and it could soon be released in a future update. The report said, “WhatsApp won’t replace the 7 days option, but 24 hours will be an addition.” This means that the existing feature will stay but will get a new addition of a “24 hours” option in the section where users currently enable/disable disappearing messages for personal and group chats. 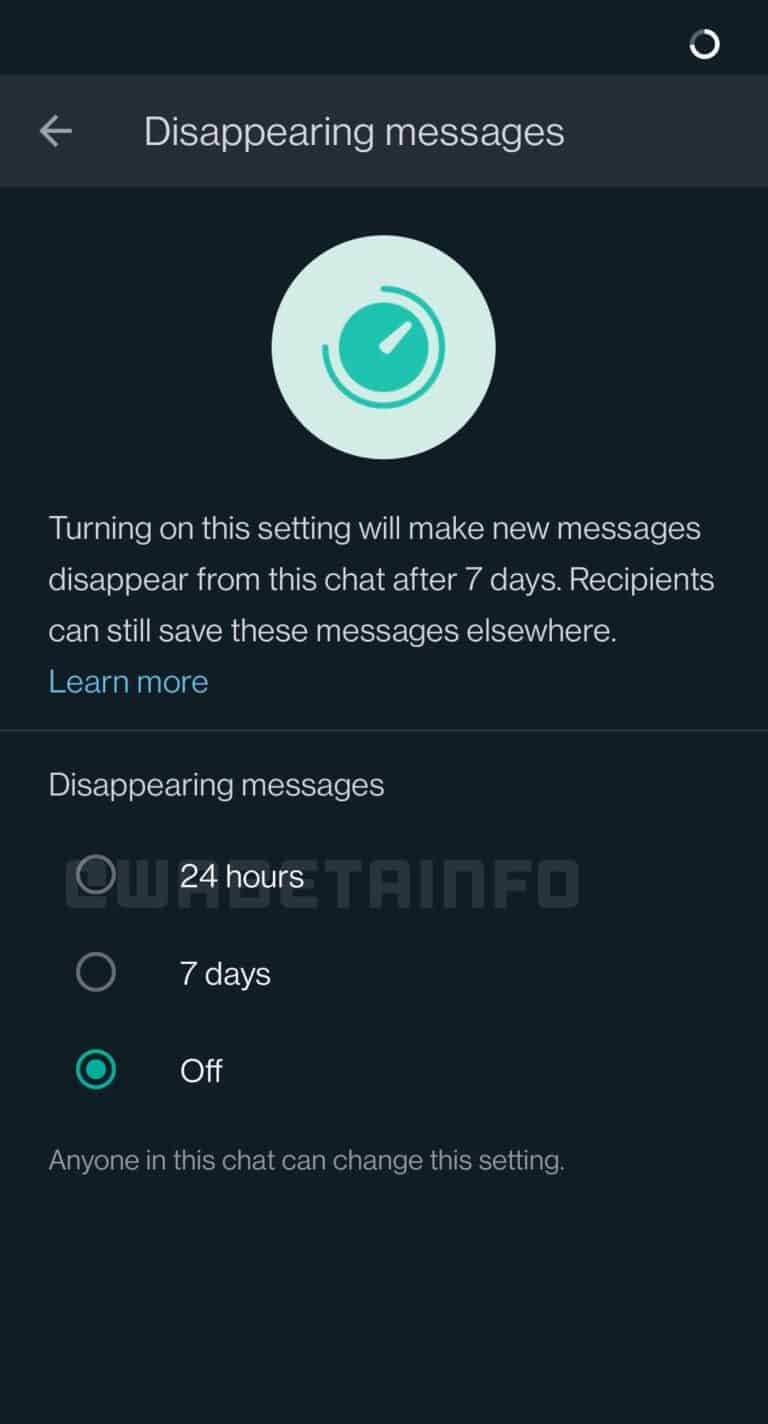 WhatsApp to Get 24-Hour Disappearing Messages

With the addition of this new feature, WhatsApp users will see a new “24 hours” option in the Disappearing Messages section in the app. When he/she chooses the “24 hours” option then all messages received/sent after this change will disappear from the chat after 24 hours. The feature is still under development, and the report says that it will be available in a future WhatsApp update for Android, iOS, and Web/Desktop.

To those who are not familiar with Disappearing Messages, it’s a feature that you can enable on WhatsApp to get your messages automatically deleted from the chat after seven days. In a one-to-one chat, any user can turn disappearing messages on or off for the person they’re chatting with. However, in groups, only admins have control over this feature.

Note that disappearing messages should be used only with trusted contacts as messages you sent with this setting turned on can still be saved if forwarded, replied to, or taken a screenshot of before they disappear.