This article describes the various classes offered in the Grim Dawn video game that can be selected by the user depending upon their choices with their features, skills, advantages, etc. Also, this article classifies the top 5 Grim Dawn classes available for the users based on features, specifications, etc. Read below to find more details about the same.

Grim Dawn is another addition to the world of action role-playing video games, brought to you by Crate Entertainment. Initially released exclusively for Microsoft Windows in February 2016, the game has now been made available for Microsoft Xbox One too in December 2021, thus expanding the gaming system to the users out there. The game revolves around a fantasy war-torn world where humanity is on the edge of extinction and a deathly battle between two outer-dimensional living species, known as the Aetherials and Chthonians is being held, while humanity struggle to survive in this feud. Both are set out on a mission to destroy humanity so that neither one can utilize the resources of human beings.

The minimum and recommended system requirements for playing Grim Dawn on a PC are given below.

What are Classes (Masteries) in Grim Dawn?

Like any other game in the same genre, Grim Dawn features various level up-gradation for the users, which can be unlocked as they progress ahead in the game through the means of in-game purchases, etc. Basically, Classes, also known as the Masteries, are the different segments of skills that are unlocked as the user progresses ahead in the game, which can be used to tweak the user’s character ability and characteristic features such as strength, skills, etc.

Now, there is another thing, called builds. This is very much related to the classes available in Grim Dawn, but should not be confused as the same thing. To get an idea of what exactly does builds mean, we recommend you to go through our best grim dawn builds article to get in-depth information about the same. With that done, let’s continue with the best Grim Dawn classes, shall we?

By default, Grim Dawn offers 9 classes (masteries) when the user reaches level 2 of the game. After selecting any one of the classes, the user has to continue their gameplay with the specifications offered by that particular class till level 10, where they get the opportunity to unlock another class, which can be clubbed together with the first-class choice to bring a dual-class character combination. This dual-class character combination has many possibilities and combinations to choose from, depending upon the type of build the user wants. These have been outlined below with their briefing along with features and skills for each one respectively.

These are the level 2 upgrades available to build the character initially.

Arcanists are the beings with the highest knowledge and intelligence level among the others. They are always in pursuit of new methods and techniques to reach new levels of resources that can make them the best and the strongest. They rely more on scientific facts rather than typical magical spells.

Nihghtblades were the warriors for hire. They offered their complete services and strength to the great houses of the empire. They are known to be the master of all kinds of martial weapons out there with an exceptional skill towards the deadly blade magic weapon. Due to this, they are the most feared among all.

Occultists are empowered by the three witch gods namely, Bysmiel, Solael, and Dreeg. They are culturally rich in the casting of curses and spells that revolves around poison, entropic energy, and acid. They are not that highly skilled warriors.

Shamans are the god personality for their people. They are the spiritual leaders and protectors of their people located in the northlands. They are very profound in the implementation of two-handed melee weapons. Also, when in need, they can easily wield disturbing forces or powerful beasts against the enemies to win.

Just like the soldiers of the real world, the Soldiers of Grim Dawn have one responsibility, which is holding the grounds up front against the deadliest forces of the enemy. Their weaponry is very basic in nature and mostly comprised of swords and shields.

Exclusively available for ‘Ashes of Malmouth Expansion’, Inquisitor has the responsibility of protecting the Eulan Empire from the wrath and dangers of the Arcane and Occult. They excel in many ranges of skills, arts, weapons, etc.

Exclusively available for ‘Ashes of Malmouth Expansion’, Necromancers are the fearers of the world. They hail from the Order of Death’s Vigil under the training of the Uroboruuk. Their aim is to seek mastery over the ultimate faith of death by the means of research.

Known for their ultimate loyalty and deathly fury among the grounds, the Oathkeepers are the watchers of the sacred tombs, and duly protect the path of justice to ensure the balance of integrity. They also enforce the celestials will among the commoners.

Dual-Class (Mastery) is a combinational character that is created using two of the Grim Dawn’s best classes as per the user. When level 2 is unlocked by the user, various possibilities of combination arise in the classes chosen for the user, and users can create their combinations to get the best of both worlds.

Now, coming to the main topic of the article, the best Grim Dawn classes to choose from. As this is based on the preferences of the user, any combination can prove to be the best for anybody. Here are the 5 best Grim Dawn classes or Grim Dawn best class combo that we feel provides a strong and intellectual property to the character for the game. Note – some of the classes might require an upgrade to the game that is sold separately.

Ritualist dual-class is a combination of Shaman and Necromancer classes. This combination gives this class rock-solid strength and capabilities to do maximum damage. Along with this extreme strength, there also comes a significant upgrade towards the endurance of the character, thus making it durable under various dangerous scenarios. It’s the ultimate attack and defense character for those who dare.

Ritualist boasts features, skills, and abilities of both Shaman and Necromancer classes which are given below.

The second position in the best Grim Dawn classes list goes to the Conjurer for being one of the most popular as well as vital and important classes in the game. It is a combination of Shaman and Occultist classes. By the combination of the classes Shaman and Occultist, this dual-class characterization is considered to be one of the powerful and invincible classes (mysteries) of Grim Dawn. Whether you’re beginning your journey in Grim Dawn or ending it, utilizing Conjurer class, is a definitive choice by many users. This class offers an extreme level of damage production as well as resisting nature towards injuries and danger.

For the bronze medal, we have the Spellbinder dual-class for coming up at the third position in our list of best grim dawn classes. It is a combination of Arcanist and Necromancer classes. Spellbinder is ideal for those users who seek the extreme levels of destruction to the enemy as it relies on the features, skills, etc. brought together in the combination of Arcanist and Necromancer classes. Hence, this feature becomes the main reason why users opt for this class.

Druid is more of a long-term result-giving class. Given the combination of the Arcanist and Shaman classes, this dual-class becomes a strong balanced type of character due to the abilities across various attributes. Druid is a very good choice for users who are starting their journey in Grim Dawn as it is very much simple to utilize and that will help in leveling up easily. Even though being a balanced kind of nature, the destructive power is still one of the leading out there among the dual-classes.

The last but not the least inclusion in our list of best Grim Dawn classes is Dervish, which is an amalgamation between the Oathkeeper and the Nightblade classes. With Oathkeeper, they thrive to provide justice remains the topmost feature of this class followed by mastering skills in martial weapons along with the deadly blade magic weapon. With this combination, an extreme level of strength arises for the fight of justice and this makes it ideal for users to start initially.

Hope you found this article helpful and were able to gather information regarding the various classes (masteries) available in Grim Dawn. Also, this is our opinion of selecting the best Grim Dawn Classes and this can vary from user to user, so do explore the different configurations on your own to get the best one possible. If you have any doubts or queries regarding anything related to the classes/masteries or apart from this in Grim Dawn, kindly drop it down in the comments below. Till then, keep reading and exploring, and we shall see you in the next one.

Where is Grim Dawn available to download and how much does it cost?

Grim Dawn is available to the users via the Steam store and their website with a starting price of $24.99, which roughly translates to (~ ₹2000). There are also different upgrade bundles offered to the users for bonus content and collectibles.

Is Grim Dawn a single-player game?

No, Grim Dawn is a multi-player game that also offers a single-player mode of gameplay.

Can Grim Dawn be played on macOS?

No, Grim Dawn is only available for Microsoft Windows and Microsoft Xbox One.

Does Grim Dawn require a controller to be played? 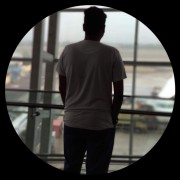