Today in this article, we will visualize multiple ways to hide apps on Android Devices, covering methodologies for most top brands of smartphones out there, as well as some universal methods which you can use on any android device to hide apps.

The need to hide apps on Android devices

You can aim to enable the most defended pattern and fingerprint lock mechanisms on your lock screen. But at some point, you have to give your lock screen-unlocked phone to your friend or family, which may happen for a wide array of reasons. Wouldn’t you feel light and reassuring to know that there exists some way to hide sensitive apps from view?

People have sensitive financial information on their phones due to a rise in online payment facilities, accessible to anyone past the lock screen. Hiding apps helps a lot in this matter. Parents can use content locking techniques on their children’s phones, and hiding apps is a fabulous hassle-free solution for them. Most importantly, you are allowed to have control over which content is public and which part is sensitive and close to you and thus should remain private on your phone. You will be relieved to know that there exist numerous ways to hide apps, and this article will cover most of them.

This method is applicable for any smartphone running Android and can hide your apps in a matter of seconds. A launcher is an app that can modify your home screen settings, allocate gestures for separate tasks, change the overall inside appearance of your smartphone, and most importantly, choose which apps you can hide. All phones have a pre-installed system launcher, which might have the ability to hide apps.

But we shall bypass that probability and install a powerful, elegant, and blazingly fast third-party launcher called Nova Launcher, which is loved by 50 million Android users and fills your smartphone with the ability to do tons of customizations and subtle tweaks. 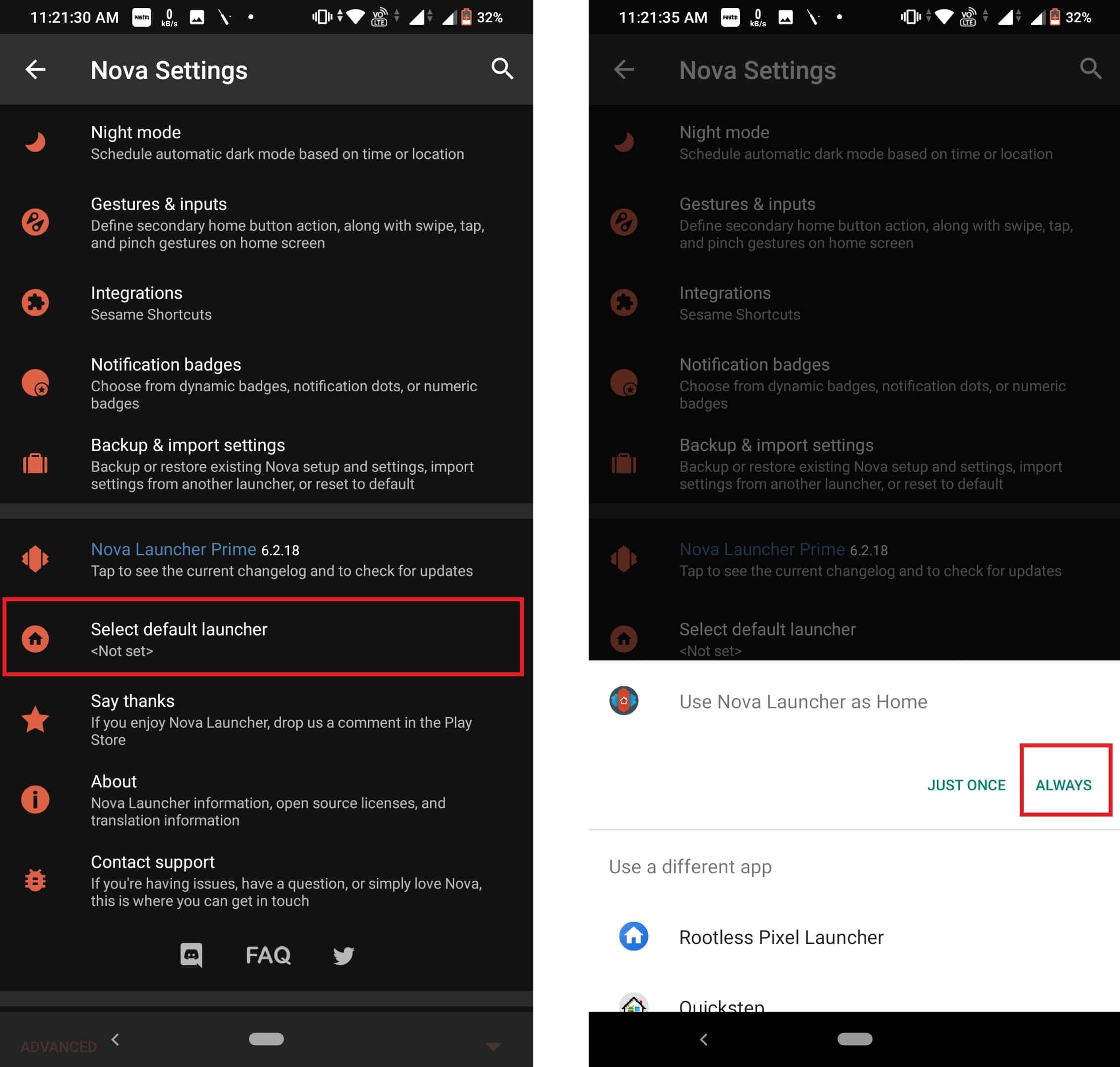 It is better to keep in mind that Nova Launcher not only hides apps but also provides customizations that help refresh the overall Android UI experience. Although it doesn’t use a password to secure the hidden apps, Nova Launcher is pretty efficient in performing the job. Apart from Nova Launcher, you can also use Apex Launcher to hide any app without having to pay a dime.

Before 2018, the default OnePlus in-built system launcher didn’t include the capability to hide apps. But with version 2.4.0, the OnePlus launcher enables hiding apps in a secure place that is both easily accessible and doesn’t require any form of payment. The separate compartment is known as Hidden Space, accessible from the app drawer and includes a password/fingerprint security feature. If the following steps do not work for you, or you cannot access Hidden Space, then update the OnePlus launcher. Here are the steps below.

Every time you need to access Hidden Space, you need to unlock it with the already set security clearance.

Samsung introduced the capability to hide apps with the Galaxy 8 and is subsequently present on devices released after that. Apps can be hidden via a simple checkbox option in the Settings. This feature is essential in hiding apps and games for a short period. Let us see how it is done.

Upon confirming the settings, the apps will not show on the app drawer, even after searching for them. Their shortcuts will disappear from the home screen, and to unhide the apps, we need to uncheck them from Settings. Do note here that the option to hide apps is not password protected, although you can always lock the Settings using Samsung’s inbuilt app lock feature.

The default launcher of the Android-based MIUI operating system in Xiaomi phones gives the option to hide apps combined with the app lock facility. It is not possible to enable hidden apps immediately, but it can be done by turning on the App Lock feature from Settings. It will become clear as we move on.

That’s all there is to do. You can access hidden apps directly from the home screen, and you can remove them whenever you like. Xiaomi’s inbuilt method of hiding apps is the best among all brands and if users want to keep things private on their phones, it is highly recommended to go with Xiaomi.

The apps that come pre-installed on your smartphone when you buy them can be efficiently disabled. Disabling a system application can have serious consequences, and we recommend you not to disable apps that are crucial in the everyday working of the phone, such as fingerprint reader, screen lock manager, notification handler, etc. It is safe to disable apps that are bloatware and are taking up space on your device (Calculator, Calendar, Compass). Let us progress forwards to see how to disable apps. 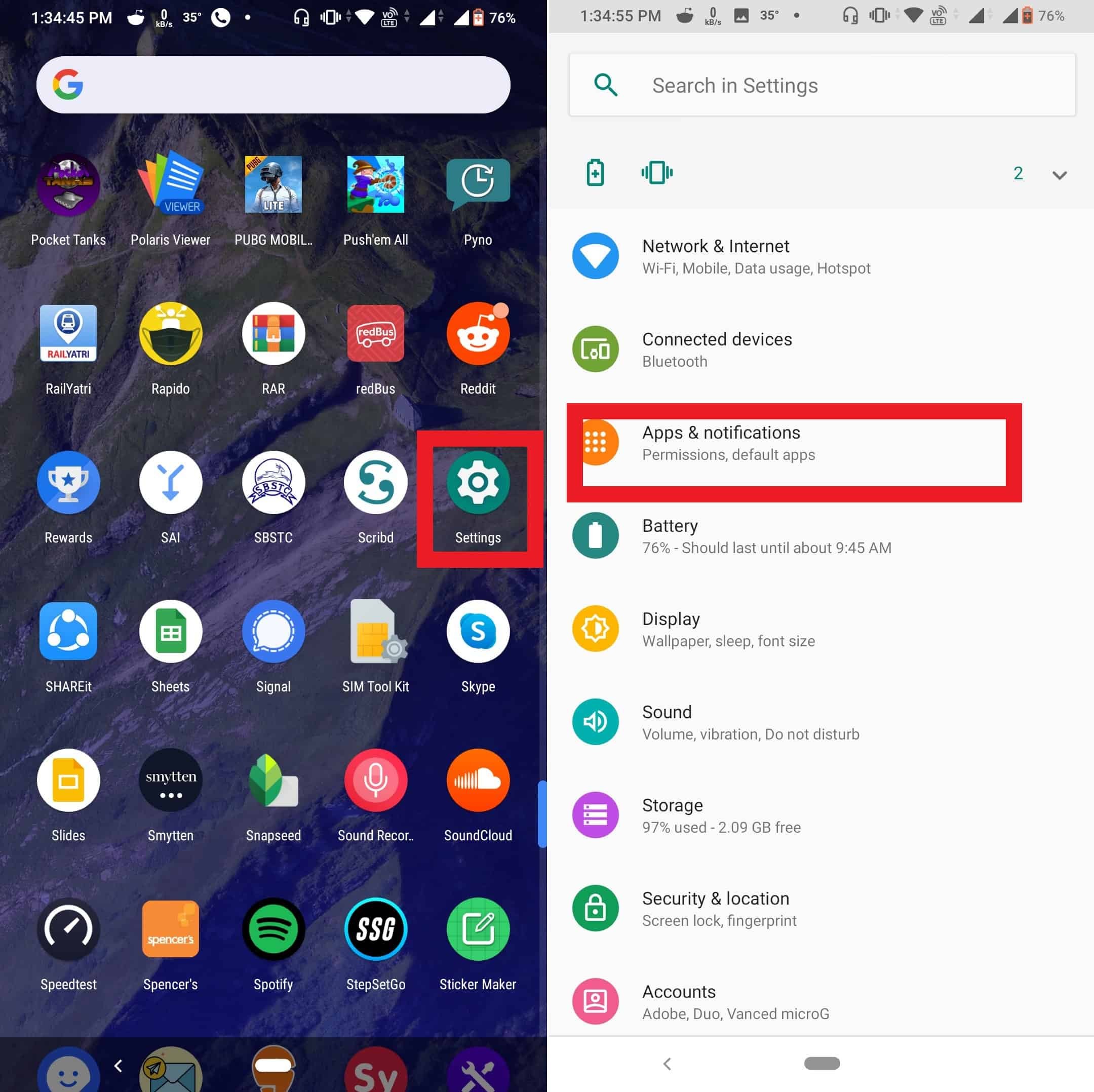 It is worthwhile to remember that the applications which you had installed separately on your device, either from the play store or somewhere else, cannot be disabled from settings, only uninstalled. Follow the above methods to disable them.

It is preferably necessary to maintain privacy from prying eyes, particularly in an era where data is such an influential and alluring prospect to gain control over someone’s life. You might be disheartened to know that it is not permissible to maintain absolute secrecy in this digitalized world, but we can steadily try to take another step towards a more guarded life. We are always here to help you progress towards that. Keep on following our page, and let us know in the comments which method you used to hide apps on your Android device.

How to Get Water out of iPhone – EASY METHODS

How to Start Windows 10 in Safe Mode – 5 EASY WAYS

How To Delete Snapchat Messages The Other Person Saved